BOMBARDIER announced on December 29 that the first of 14 driverless Innovia Metro 300 trains ordered by Prasarana to expand the fleets on the Kelana Jaya Line on the Kuala Lumpur light metro network had entered service. 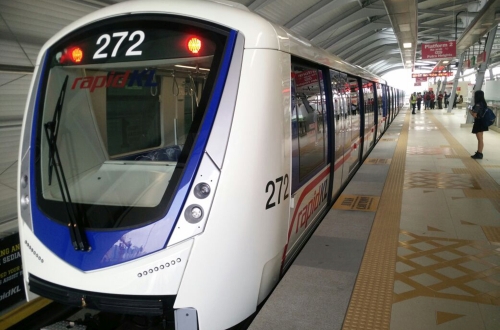 The four-car trains will increase the capacity on the line by 30%.

The trains are equipped with onboard camera systems, infotainment LCD screens and dynamic route maps. They also provide wide aisles and walk-through gangways.

The driverless trains are equipped with Linear Induction Motor (LIM) propulsion technology which can be operated on tighter curves with less noise and greatly reduced wheel and track wear.

The Kelana Jay Line was extended by 17.4km last year, adding 15 stations to the network.