THE Economic, Budget and Finance committee of the Legislative Council of the federal district of Brasilia has approved a bill allowing the local government to proceed with a Reais 737.1m ($US 241.1m) loan agreement to purchase 10 new metro trains and complete work on intermediate stations on the northwest section of the network. 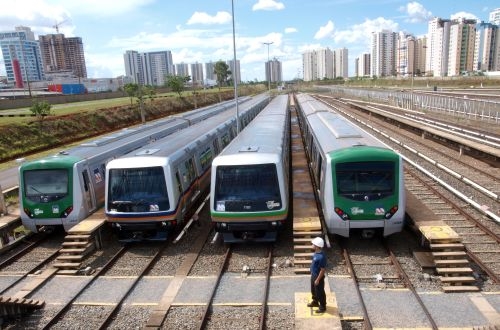 Specifically stations in blocks 104, 106, and 110 South on the shared Green and Orange lines, which opened in 2001, will be completed. The local government will take out the loan with Caixa Econômica Federal rather than the National Bank for Economic and Social Development (BNDES) due to lower demands "for financial compensation." Financial assurance for the loan will be provided through the government's Tax on the Circulation of Goods (ICMS).

Mr Marcelo Dourado, president of Metro-DF, praised the outcome of the vote, describing the agreement as "essential to the expansion of the metro." The bill will now move to the Committee on Constitution and Justice for final approval.