BUDAPEST metro Line M4 moved another step closer to the launch of commercial services on January 23, with the launch of the final stage of testing on the initial 7.4km phase of the east-west line from Keleti to Kelenföld. 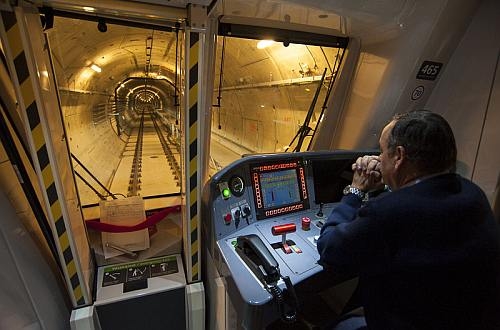 Test runs are now taking place without passengers along the entire length of the line, which is expected to open on March 30. Since October 2013 the complete system has been undergoing tests by Siemens, which supplied the traffic control system for automatic operation, and Alstom, which manufactured the 4-car metro trains. Budapest Transport Company (BKV) has been monitoring the tests since December 2013, and trials are also now being observed by Hungary's National Transport Authority (NKH).

In order to gain authorisation to carry passengers, 60 days of trial operation will need to be completed. During this period there must be no serious incidents which could cause risk to passengers or staff under normal operating conditions.

Opening the line on March 30 will be crucial for the government as national elections will take place on April 6.