THE last of Budapest’s six-car metro sets has been returned to the Hungarian capital after being refurbished in Metrowagonmash, Russia, in a €220 million deal which included parts and service. 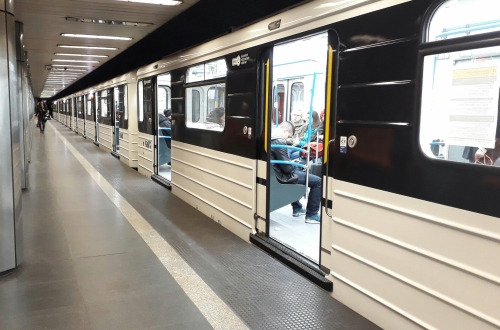 The first set left Hungary in January 2016 and returned in May 2016. Since then, 37 sets (222 cars) were stripped to the frame before being rebuilt, which is intended to extend their life for another 25 years.

The ageing trains had previously caused numerous incidents, especially fires, but after some teething problems the rebuilt cars have proved reliable.

Tendering is underway for the modernisation of Line 3, which runs for 17.3km from Újpest–Központ in the north to Kőbánya–Kispest in the south.