Budapest Line 3 refurbishment to be retendered?

BUDAPEST Transport Company (BKV) may be forced to restart tendering for a contract worth more than €200m to refurbish 37 ageing six-car trains used on Budapest metro Line 3 after one of the bidders raised objections to how the procurement was handled. 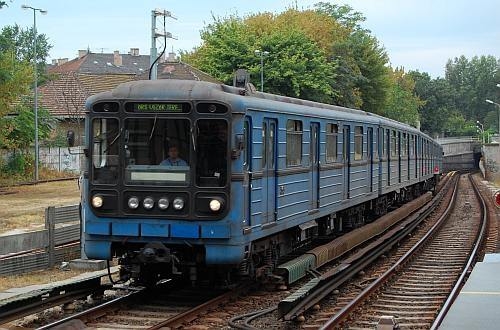 Of 22 parties that submitted expressions of interest to BKV, five companies were accepted into the discussion phase of which four submitted initial bids. Of these, Škoda Transportation and CAF did not submit final binding bids, while Skinest Rail, Estonia, was disqualified because it had not submitted certain documents and failed to meet compulsory technical criteria.

This left only Russia's Metrowagonmash, successor of the original supplier of the trains Mitishinsky, with a valid bid. On July 8 BKV announced that it had accepted Metrowagonmash's €219.2m bid. However on July 17 Skinest Rail submitted documents questioning the results of the tender, which means the public tendering court (KDB) will now have to review the whole process. Usually in such cases the KDB will not allow a contract to be signed until it can establish whether procurement has been properly conducted.

The price offered by Metrowagonmash included equipping the cars with completely new electronic control, automatic fire detection and sprinkler systems, connecting gangways, emergency doors, regenerative braking, forced air ventilation, modern interiors, CCTV, multi-purpose areas, and modernisation of automatic control equipment on the line. The deal also included an option for refurbishing a further 42 vehicles, which would be exercised by BKV if a proposed extension of Line 3 goes ahead.

The upgrade will extend the life of the trains by 25 years and reduce energy consumption by 20%.