FŐMTERV, Hungary, has been awarded a contract to review a 2013 feasibility study into the construction of a connection between Budapest metro Line M2 and the HÉV suburban line to Gödöllő (H8) and Csömör (H9) at Örs vezér tere. 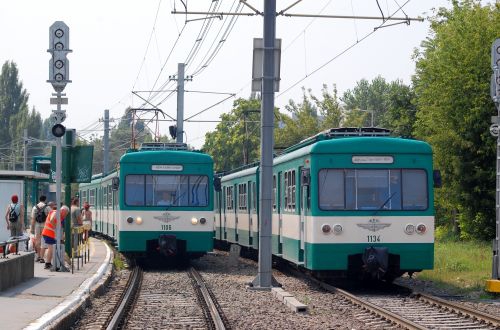 The current project also involves preparing a new feasibility study for a new branch line to Rákoskeresztúr but the core of the eight-year framework contract is to prepare authorisation and building plans for the connection of M2 and H8/H9.

The original feasibility study, which was also drawn up by Főmterv, suggests that both the current terminals at Örs vezér tere should be replaced with an underground station with a surface section of the metro line retained for access to the depot. The HÉV line would run in a tunnel to the point where the line is crossed by Hungarian State Railways’ (MÁV) Rákos - Rákosrendező line (known as the Ring Railway).

The design is complicated by the fact that the two lines have differing signalling systems and traction voltages, with the link requiring a transition from HÉV’s overhead power supply to the metro’s third rail system.

The contract for the design work and authorisation is worth Forints 5bn ($US 17.4m).