THE Korean city of Busan expanded its metro network on April 20 with the opening of the southern extension of Line 1, which connects the previous south-western terminus at Sinpyeong with Dadaepo Beach. 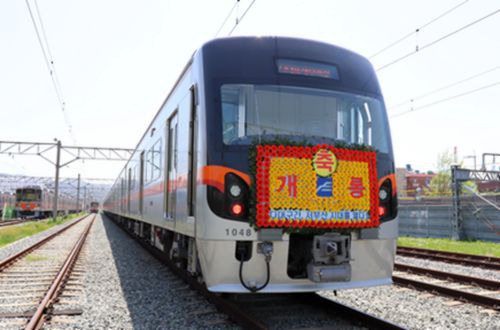 The extension takes the total length of Line 1 to 40.5km, and provides an easier route into Busan’s southern industrial area.

Six new eight-car trains have been added to the Line 1 fleet, and these feature more spacious seating, safety enhancements, and LTE-R mobile communications.

Busan Transport Corporation also signed a contract with Hyundai Rotem last year for 40 more new trains to replace the remainder of the Line 1 fleet, which dates from 1985-86. Deliveries are due to take place between the end of this year and June 2018.

A further extension is planned at the eastern end of Line 1, but this is not expected to open until 2021.