BUSAN Transportation Corporation has awarded Hyundai Rotem a Won 52.8 trillion ($US 442.1m) contract to supply 40 new metro trains for use on Metro Line 1. 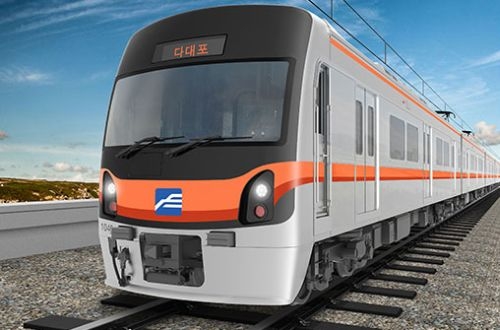 The trains will replace the line's existing eight-car sets which were introduced in 1985-6. Deliveries are due to start in 2017 with the trains also set to serve the southern extension of the line from Sinpyeong to Dadaepo which is scheduled to open next year.

Hyundai Rotem says the trains are the first in Korea to utilise permanent magnet synchronous motors, which reduces induction motor noise by 3dB and offers energy savings of 18%.

In addition, the new trains will feature a smart climate control system which will adjust the train's temperature, illumination, ventilation, and broadcast volume depending on passenger convenience and safety. The trains will also be fitted with CCTV and have a passenger intercom system for use in emergencies.