THE Korean port city of Busan is expected to launch construction this month on its fifth metro line, which will run south from an interchange with metro Line 2 and the Busan-Gimhae Light Rail Transit (BGT) at Sasang to Hadan on Line 4. 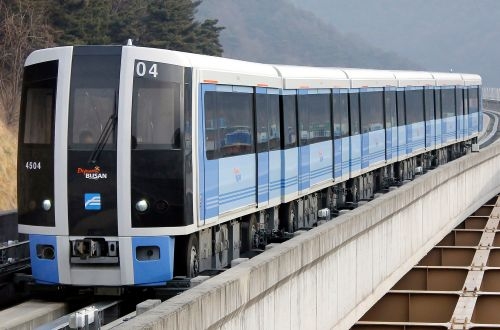 The new line will use the same rubber-tyred technology already in use on Line 4.
Photo Credit: Wikipedia/Minseong Kim CC by SA 4.0

The 6.9km six-station line will run underground for its entire length and will use the same rubber-tyred vehicles developed by Woojin Industrial Systems, Korea, that are used on Line 4.

Completion of the Won 538.8bn ($US 454m) project is scheduled for 2021 and while the official name of the line has not yet been finalised, it is expected to become Line 5.

Construction of a second phase from Hadan to Noksan will begin next year and a further extension to Gedeok Island is envisaged in the longer-term.