THE supervisory board of Berlin Transport (BVG) has approved the procurement of 20 additional type IK small-profile U-Bahn trains from Stadler Pankow to alleviate an acute rolling stock shortage on the large-profile Line U5. 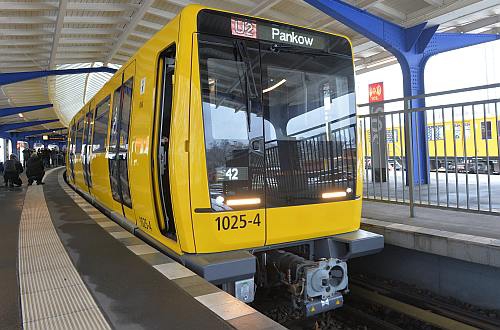 In order to bypass a European procurement and minimise the timescale for delivery, BVG is exercising an option from its existing contract with Stadler. This means the first trains will be available in 2019.

The four-car trains will be fitted with wider steps to reduce the gap between the passenger doors and the platform. These will be removed when the trains are eventually redeployed on the small-profile lines (Lines U1-U4).

Following trials with two prototype trains, BVG placed an initial order for 11 type IK sets in July 2015. An option for a further 27 trains was exercised in July 2016.