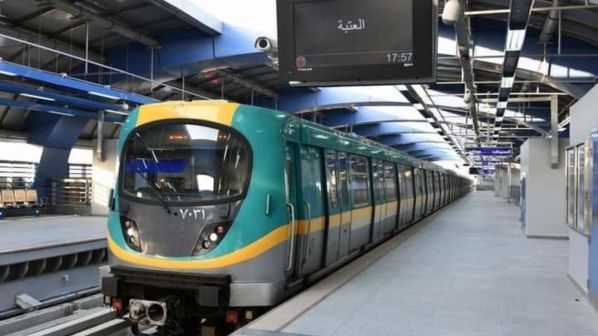 The project extends Line 3 eastwards along an elevated line from El-Shams Club, via El-Nozha, Hisham Barakat, Qobaa, Omar ibn Al-khattab and Hikestep to Adly Mansour, and includes a rolling stock depot and seven new viaducts. Following its opening to the public, the new line is expected to carry an estimated 1.5 million passengers per day.

Design, management and construction of the section was carried out by a joint venture of Orascom Construction and the Arab Contractors Company under a €590m contract issued by the country’s National Authority for Tunnels (NAT) in June 2016.

The consortium was previously awarded €375m and €90m contracts for the execution of Phases 3 and 4A respectively.

The joint venture subsequently subcontracted Alstom to install its Urbalis signalling systems along the route in November 2017. The company also supplied signalling, communications and control systems on Phase 4A as part of the G3 Power Supply consortium.

An additional contract was awarded to Thales for the implementation of a centralised Operation Control Centre (OCC), multi-service network, radio, telephone and CCTV systems, as well as ticketing systems including 21 new vending machines and 80 swing gates.

The inauguration of Phase 4B follows the opening of Line 3’s 4km Phase 4A section in June 2019.

Phase 4C of the project, covering the 6.65km between Heliopolis and Cairo International Airport, is also planned, but construction has not yet begun. Cairo-based engineering firm ACE Moharram Bakhoum has been contracted as a project management consultant. The company will work in partnership with Systra in a design consultancy role.

The new line is expected to significantly improve transport in east Cairo, easing the high levels of congestion currently experienced in the area. In addition, once all phases of the line are completed, the line will connect the centre of Cairo with the planned New Administrative Capital development of Wedian.