An underground metro has been selected over an elevated line or monorail. 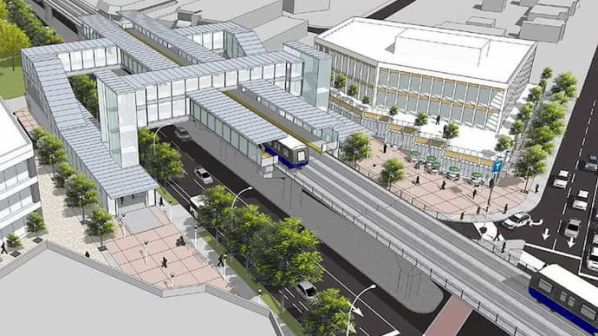 A proposed elevated system has been scrapped in favour an underground metro.

THE government of Cambodia has indicated that it favours the construction of an underground metro in Phnom Penh to improve public transport within the capital and the surrounding Kandal province, instead of an elevated system similar to Bangkok.

Speaking to local media during a groundbreaking ceremony for the construction of a flyover in the city, Cambodia’s prime minister, Mr Hun Sen, said that an underground metro, which would cost $US 1.8bn, was the preferred option.

“It is too complicated to build a SkyTrain [elevated] because it will affect people’s house rooftops,” he said.

The Japan International Cooperation Agency (Jica) has completed a feasibility study for an elevated network, which found that construction would cost around $US 2bn, while Chinese companies were asked to complete studies for a metro system or monorail network.

The Ministry of Public Works and Transport has encouraged foreign companies, mainly from China, to develop proposals for major public transport projects to reduce congestion in the city. In July, minister of public works and transport, Mr Sun Chanthol, asked China Road and Bridge Corporation (CRBC) to conduct a more in-depth study of how to bring Cambodia’s public transport development project to fruition.

In April 2021, the Ministry of Public Works and Transport asked the Asian Development Bank to help devise strategies for monorail and metro projects.

For detailed data on rail projects in Cambodia and around the world, subscribe to IRJ Pro.