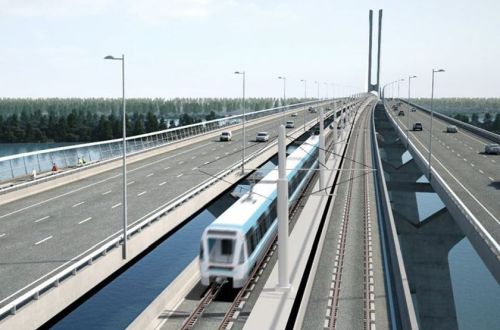 Construction of the Metropolitan Electric Network began in April 2018.

CBI and CDPQ Infra, which is developing and majority funding the $C 6.3bn project, signed the agreement, which is subject to the execution of the final documentation, on August 24.

Construction of the REM began in April 2018, with the first trains scheduled to run in mid-2021.

The $C 1.28bn investment will take the form of a 15-year senior secured loan at a rate starting at 1% escalating to 3% over the term of the loan.

Given that the Canada Infrastructure Bank’s investment takes the form of a loan, CDPQ Infra’s equity stake in the REM project will be approximately 70% and the government of Québec’s stake will be approximately 30%. Dollar amounts for both CDPQ Infra’s and the government of Québec’s investments remain unchanged, staying at respectively $C 2.95bn and $C 1.28bn.

The returns-on-equity also remains the same, at 3.7% for the government of Québec and 8-9% for CDPQ Infra.

“Public transit is one of our priority areas,” says CIB president and CEO, Mr Pierre Lavallée. “Our role is to invest alongside private sector and institutional investors, and other public-sector partners to facilitate the development of strategic projects like the REM.”

“We are very pleased to welcome the Canada Infrastructure Bank as a partner in the REM project. With this $C 1.28bn investment, the REM’s financing is now fully completed. The construction of the project is progressing well and will intensify in the fall,” said Mr Macky Tall, president and CEO, CDPQ Infra.