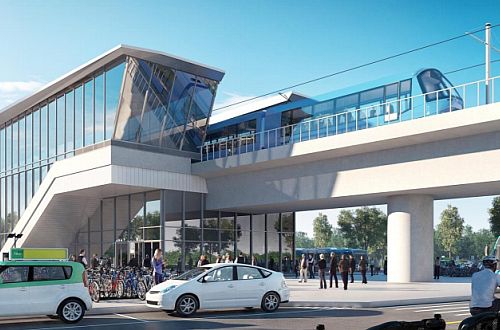 CDPQ Infra says construction will start in April, with initial testing underway by the end of 2020 to enable the first section to open in summer 2021.

CDPQ says it has kept within announced financial parameters, with construction costs of $C 6.3bn ($US 5bn), which is less than a 5% variation from the preliminary estimates, met the $C 0.72/passenger-km cost target, which Montreal Regional Transport Authority (ARTM) will use to set it rates, and that no additional contributions from governments will be needed with the same estimated return levels.

“Today we can confirm that construction of REM will begin in April,” says Mr Michael Sabia, president and CEO of Caisse de Dépôt et Placement du Québec. “REM is now a reality. Since the very start of the project, less than two years ago, we have been meeting with the public, municipalities, transportation companies, and other stakeholders. We listened to their ideas and suggestions, which turned into innovative solutions and continuously improved our project.”