CHENGDU added an orbital line to its metro network on December 6 with the start of trial passenger operation on the 38.6km Line 7. 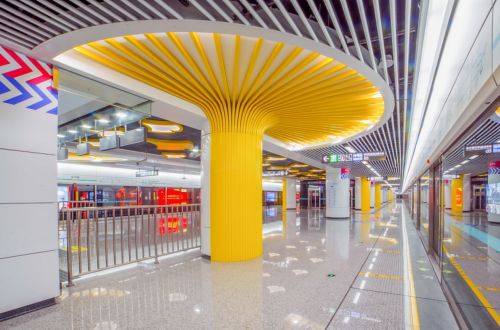 Station colours are themed around the four seasons.

The line has 31 stations, including interchanges with all other metro lines and main line services at Chengdu North, South and East stations.

Line 7’s stations are colour-coded to represent the four seasons, with green (spring) in the east, red (summer) in the south, yellow (autumn) in the west, and blue (winter) in the north.

Services are operated by a fleet of CRRC Chengdu Type A metro trains, each accommodating up to 2600 passengers. The aluminium-bodied cars are 23m long and 3.1m wide. Each six-car train is formed of four powered and two unpowered vehicles.