CHENGDU Metro Corporation has awarded a €40m contract to Shanghai Alstom Transport Electrical Equipment (Satee) to supply traction equipment for 288 metro cars being built by CRRC Changchun Railway Vehicles for operation on phases 2 and 3 of Line 3. 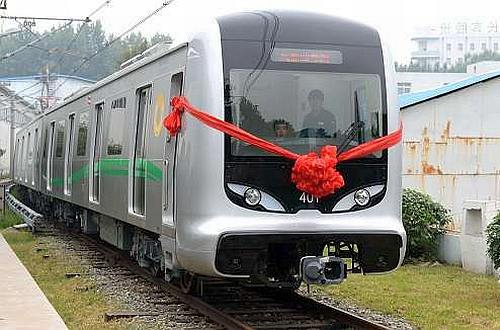 Alstom is supplying its OptOnix traction system, which was designed specifically for the Chinese metro train market. Satee was also responsible for supplying the traction equipment for 144 metro cars ordered from CRRC Changchun for phase one of Line 3.

Line 3 is being built from Hongxin Chezhan to Banqiaonan and will be 49.3km long, of which 15.6km will be underground and 33.7km above ground. Phase one is due to open in August 2016 while trial operation is expected to begin on phases 2 and 3 in 2018.

The trains for Line 3, which are the same as those supplied for Line 4, are formed of six cars. They are powered by 195kW traction motors, have a maximum speed of 89km/h and a 14-tonne axleload. The lines are electrified at 1.5kV dc overhead.