THE Chicago Transit Authority (CTA) has revealed its faces a $US 375m operating budget deficit in 2021 in light of the Covid-19 pandemic. 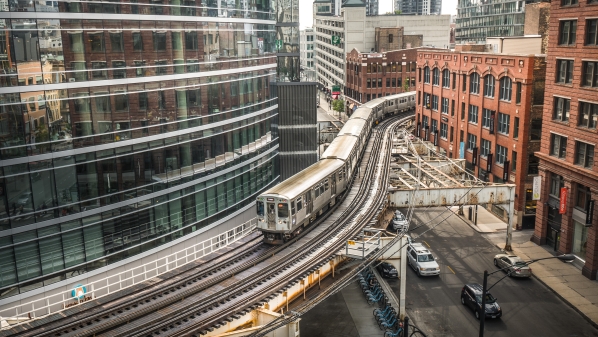 CTA has continued to operate services through the pandemic.
Photo Credit: Shutterstock/Big Joe

The $US 1.64bn proposed operating budget released by CTA at the end of last month highlights the need for new federal funding to support public transport across the United States. While CTA will enter 2021 with no planned changes to services or fares, the agency says it is dependent on continued support at a federal level retain this level of service.

CTA says it has witnessed an unprecedented loss of ridership and revenue since the start of the pandemic in March. State sales tax funding that supports transit also fell well below anticipated levels.

CTA like other transit operators benefitted from a $US 24.9bn aid package delivered as part of the $US 2 trillion Coronavirus Aid, Relief and Economic Security Cares Act (Cares). This funding will help to sustain operation for the remainder of 2020 and into early 2021.

However, the American Public Transportation Association (APTA) projects that if additional emergency federal transit funding is not provided, six in 10 public transit agencies will have to consider service cuts or other cost-cutting measures as they continue to suffer from unprecedented financial losses and lower-than-normal ridership.

“Over the last seven months, CTA has provided an essential service to those who needed it the most: health care workers, emergency responders, grocery and manufacturing workers, and those needing to make essential trips,” says CTA president, Mr Dorval Carter, Jr. “But in order to ensure we can continue to provide this critical service, we absolutely must receive additional funding from congress.”

Despite the challenges to the operating budget, which covers day-to-day service, the proposed budget includes a $US 3.4bn five-year Capital Improvement Program (CIP).

CTA says this is necessary to continue investing in modernisation and capital improvement projects that will provide safer, more reliable service for customers, as well as an improved transit experience through the continued expansion of public art, removal of slow zones, and upgrades to popular transit tools such as the Ventra electronic fare payment system.

The CIP is supported by funding from Rebuild Illinois, the 2019 state capital programme. More than half of the capital funding will go toward previously announced major projects, including:

Other capital projects to continue or begin in 2021 include:

A virtual public hearing on the plan is due to be held on November 12.