New lines include the 30.7km Line 4 in Qingdao. 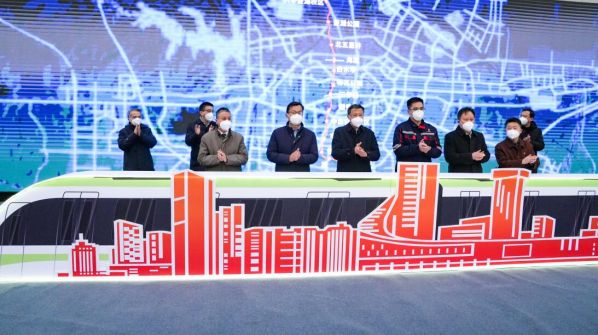 CHINA continued its tradition of opening new metro lines and extensions at the turn of the year, with a number of projects entering service towards the end of 2022.

The 30.7km Line 4 in Qingdao opened between Hall of the People and Dahedong stations on December 26. The east-west line interchanges with lines 1, 2 and 3.

The 15.5km Wanghucheng West - Jiqiao Road section of Hefei Line 5 opened on December 26, exactly two years after the opening of the first 25.2km section from Wanghucheng West to Guiyanglu. The new section interchanges with lines 2 and 3. The north-south Line 5 now has 33 underground stations. The Hefei metro network is now 171km long with 133 stations.

The new Line 3 in Foshan, which runs 40.7km from Zhen’an to Shunde College railway station, also opened the same day, along with the Lingyun - Sports Center section of the Yidong Line in Jinhua. In Huangshi, the new Huangshi Avenue - Garden Expo light rail line opened, running for 26.9km, while in Shenzhen, the 29.2km Universiade - Tianxin Line 16 opened.