A flurry of new metro lines and line extensions opened in cities across China in the final week of 2016. 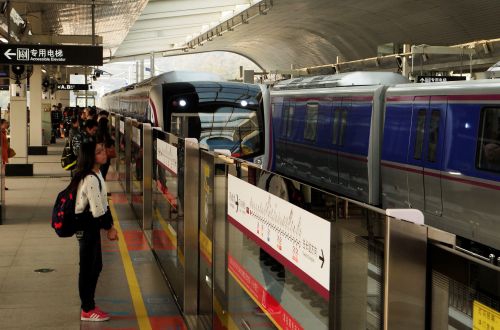 In addition to Hefei, which opened its first metro line on December 26, in Kunming operations began on a 4.7km extension of Line 1 from Chunrong Street to Kuning South Railway Station on the same day, while in Chongqing in western China, the city celebrated the opening of an extension of its Line 3 monorail from Bijin - Jurenba on December 28.

Also on December 28, Wuhan began operations on a 19.7km extension of Line 2 from Jinyintan north to Tianhe International Airport, adding six new stations to the city’s steadily expanding network. A further 15 stations were also added to Nanning Line 1 with a 20.9km western extension of the east-west line from previous terminus Nanhu to Shibu, which takes the total length of the line to 32.1km.

In the south of the country, a 17.3km extension of Guangzhou Line 6 also opened on December 28, taking the total length of this line to 41.9km. A 6.7km extension of the Guangzhou-Foshan Gunagfo Line from Kuiqi Lu to Xinchengdong carried its first passengers on the same day.

On December 31 Tianjin opened the second phase of Line 6, the Changhong Gongyuan - South Sunzhuang stretch, an extension of the initial Changhong Gongyuan - Nancuiping section which opened in August 2016. The line is now 26km long with 24 stations and is planned to eventually reach 50.1km with 38 stations, linking Xinwaihuandonglu in the northeast with Xianshuigu in the southeast.

Finally, in Beijing, the first trains began operating on the new 19.6km Line 16 on December 31. Running from Beianhe to Xiyuan with nine stations, the latest addition to the world’s second largest metro network takes its total length to 552km.