CHINA Northern Locomotive and Rolling Stock Corporation (CNR) has released artist's impressions of the driverless trains it will deliver next year for the first metro line in Beijing to be equipped for Unattended Train Operation (UTO). 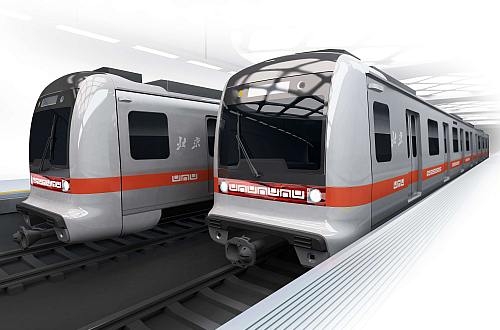 CNR is supplying a fleet of 60 eight-car stainless steel-bodied Type-B trains for the 10-station Yanfang Line under a contract awarded earlier this year. Each set will be capable of accommodating up to 1262 passengers.

The Yanfang Line will run for 15.2km from an interchange with the Fangshan Line at Cheliangduan station to Raolefu, where the line will divide into two branches serving Zhoukoudianzhen and Yanhua. Commercial services are expected to begin in December 2015.

This is the first UTO installation in China with all subsystems developed and supplied by a domestic manufacturer. The line will be equipped with communications-based train control (CBTC) supplied by Beijing Traffic Control Technology and CNR says automation systems on the line will meet IEC 62267 standards at Grade of Automation (GOA) Level 4.

CNR says it will deliver the first train to Beijing in May 2015.