The line provides an east-west connection across the city. 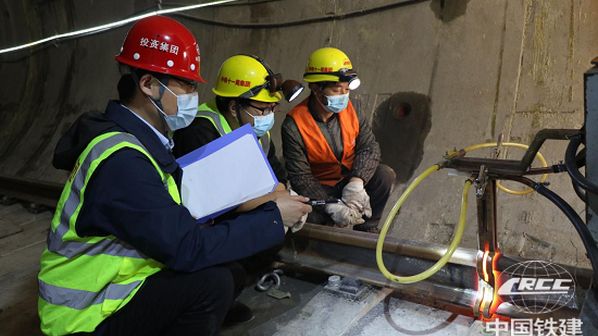 CONSTRUCTION has been completed on the 31km Qingdao Metro Line 4, which will run from People’s Hall in the west of the Chinese city, where it will interchange with Line 3, to Laoshan Scenic Resort in the east with 25 stations including 12 interchanges.

The final section of track between Anshan Road Station and Cuobuling Station was laid on April 28, although an opening date for the line has not yet been announced.

Construction began in July 2021, but was impacted by the Covid-19 pandemic and restricted construction sites. To improve safety, a video monitoring system was implemented and position monitoring chips were mounted on construction workers’ helmets.

More than 100 large machines were used concurrently at the peak of construction, with 1500 staff involved in the project.

Qingdao has opened a new line or extension every year since 2015. Construction on a 20.4km extension of Line 8 from Jiaozhou Railway Station to Dajian Station, and the new 30.8km Line 15 from Ha Wangbu station to Sifang Factory station, with 17 stations including six interchanges, began at the end of 2021.