TRANSPORT for London (TfL) launched a public consultation on September 30 on proposals to extend London Underground's Bakerloo Line south from its existing terminus at Elephant & Castle to serve the districts of Lewisham and Bromley. 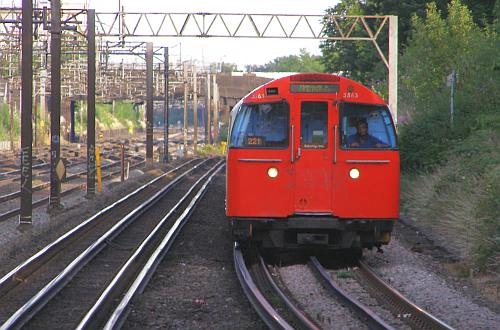 London's population is expected to exceed 10 million in 2030 and TfL says this will increase the strain on already-congested road and rail networks in the southeast of the city, an area not currently served by the tube network due to the density of heavy rail lines.

While the alignment for the extension has not been finalised, TfL has issued an indicative route map for a line running via the existing main line stations at New Cross Gate, Lewisham, and Catford Bridge before continuing south to New Beckenham, Elmers End, and Hayes. Two route options have been identified between Elephant & Castle and New Cross Gate: a northern alignment via Old Kent Road and a southern route through Camberwell and Peckham Rye. An underground link east from New Beckenham to Bromley Town Centre is also being considered as part of the proposals.

The section between Lewisham and Hayes would replace services on the existing heavy rail line, which would release capacity on the main line network for other services. At present this line is served by six trains per hour from London Bridge, but up to 15 Bakerloo Line trains per hour could serve this corridor if the extension is built, giving the area direct connections to central and northwest London.

TfL says that the consultation will consider whether the extension should terminate at Lewisham or further south. The cost of constructing the Hayes extension in its entirety is estimated to be £2-3bn and TfL says it will work with local councils to identify options for possible funding as part of the next phase of planning for the project, although it stresses that the business case for the project is likely to be conditional on further residential development along the proposed route.

The results of the consultation will be made public in the second quarter of next year and if funding is identified, construction could start in 2023 with opening expected in 2030.