CROSSRAIL Ltd has announced that the 21km central underground section of the new Elizabeth Line in central London between Paddington, Stratford and Abbey Wood will not be ready to open until the first half of 2022 and could cost an additional £450m to complete, a further blow to the project which was originally scheduled to open in December 2018. 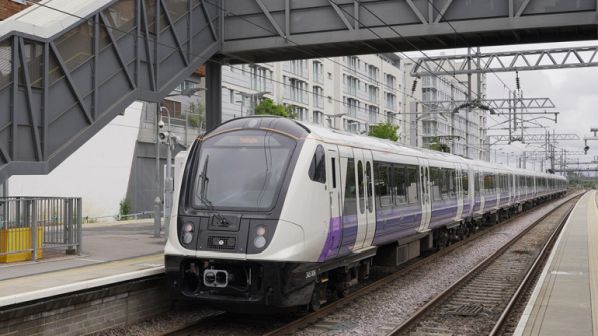 The latest cost estimate is £1.1bn more than the financing package agreed for the project in December 2018 and £450m above the upper end of the range announced in November 2019, taking the total cost to more than £18bn. The project was estimated to cost £15.9bn in 2007 and cut to £14.8bn in 2010 as part of the government’s spending review.

The revised opening date was announced on August 21 following a board meeting on August 20. Crossrail announced after its July board meeting that the project would not meet its then summer 2021 target opening with no revised date offered at that time.

“Our focus remains on opening the Elizabeth Line as soon as possible,” says Mr Mark Wild, Crossrail Ltd’s chief executive. “We have a comprehensive plan to complete the railway and we are striving to commence intensive operational testing for the Elizabeth Line, known as trial running, at the earliest opportunity.”

Despite the challenges posed by Covid-19, Crossrail reports good progress with completing the remaining construction work. It says that much of this work is coming to an end along with software testing for the signalling and train systems. All central section stations apart from Bond Street are now certified as ready to support trial running, with Custom House the first to be handed over to TfL.

The company says it is also engaging in “intensive construction activity in August and September” to complete the remaining construction works on the tunnels ahead of the start of trial running.

Following completion of this work in September, Crossrail will commence testing of the next evolution of the signalling software, helping to further build operational reliability. Once completed later this year, Crossrail says it will then begin an enabling phase for trial operation with testing in the tunnels undertaken with an increased number of trains. This will take place as the extensive safety case to the Office of Rail and Road to commence trial running is finalised.

“As work to complete the railway progresses, there may be an opportunity to review and bring forward the opening of the central section, subject to progress during the intensive operational stage,” Crossrail said in a statement.

The announcement was reported as being met with deep disappointment by the office of the mayor of London, Mr Sadiq Khan. TfL’s new commissioner, Mr Andy Byford, has been asked by City Hall to review Crossrail’s latest plans, including the estimated additional costs.

The Transport Committee of the London Assembly also expressed its extreme disappointment at the delay.