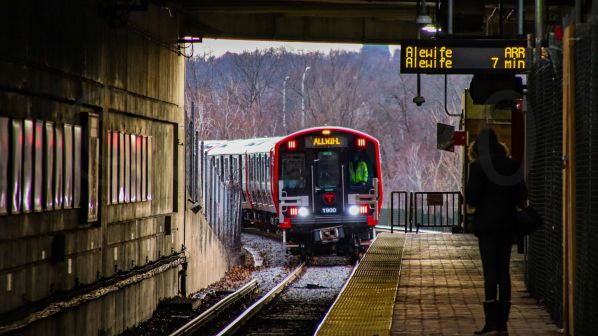 The first train was entirely built in China by CRRC Changchun Railway Vehicles. The remaining 246 metro cars from the order placed in October 2014, and expanded in December 2016, will be assembled by CRRC at its $US 95m factory in Springfield, Massachusetts, although delivery is running around a year behind schedule.

The Red Line train follows the entry into service of the first six-car train for the Orange Line in August 2019. The metro is currently operating 12 Orange Line trains built by CRRC and the entire fleet of 152 metro cars is due to enter service by 2022.

The stainless steel, 100km/h Red Line trains have capacity for 252 seated passengers and up to 1686 passengers in total, a 23% increase over the Orange Line trains, according to CRRC. The trains will replace and expand the existing fleet. They feature air-conditioning, a new anti-accident management system, real-time control and communication system, internal and external problem analysis and diagnostics systems, LED lights, an automatic passenger counting system, and real-time monitoring and video recording functions. There are also wider interiors and doors, modern passenger information display screens, and an automatic platform gap compensation device to improve boarding for passengers in wheelchairs.

CRRC says CRRC Changchun and CRRC Massachusetts developed detailed epidemic prevention and control plans to continue development and delivery of the metro trains to Boston during the Covid-19 pandemic. Through remote video training, the manufacturer says 109 type test and 32 routine tests were successfully conducted along with 800km of line testing, which laid the foundation for the first train’s entry into service.

“While the MBTA is pleased to put the first new Red Line train into passenger service, there is much work ahead of us,” says MBTA general manager, Mr Steve Poftak. “As we enter 2021, the cars’ manufacturer and our vehicle engineering team are singularly focused on improving the pace of production and delivery.

“Subjecting the new Red Line and Orange Line trains to a high degree of scrutiny, the MBTA will continue to closely monitor the cars to ensure they are performing at optimum levels. When ridership begins to rebound in the future, new trains and major infrastructure improvements will combine to provide Red Line and Orange Line riders with safe and reliable service for decades.”