CHICAGO Transit Authority (CTA) announced on September 9 that it will publish a draft environmental impact study (EIS) on October 6 for the proposed southern extension of the Red Line from 95th Street to 130th Street on the city’s Far South Side. 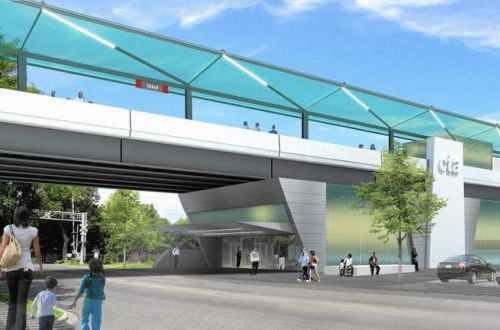 The 8.5km extension will significantly improve access to the rail network in the south of Chicago, with new stations at 103rd street, 111th Street, Michigan Avenue, and 130th Street. All four stations will include bus and car parking facilities.

In 2014 CTA narrowed down the route for the extension to one “preferred alternative,” with two alignment options east and west of the Union Pacific line through the South Side, and allocated $US 5m to continue planning work on the project, which has an estimated capital cost of $US 2.3bn.

CTA will seek public feedback on the draft EIS between October 6 and November 30. This will feed into the selection of a final alignment, which is due to be announced next year. Subject to funding and federal regulatory approval, CTA is aiming to publish a final EIS for the project by the end of 2018, which would enable the authority to begin the process of securing funding. Construction could begin in 2022 and is expected to take around four years to complete.

The extension is part of the Red Ahead programme to modernise Chicago’s busiest rail corridor. CTA invested $US 425m in the reconstruction of the southern section of the Red Line in 2013 and a construction is underway on a $US 280m project to rebuild 95th Street station, which is due to be completed in 2018.