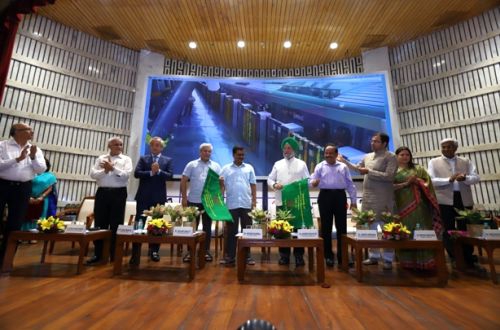 The U-shaped Pink Line follows the city’s congested Ring Road and services will be extended from Durgabhai Deshmukh to Shiv Vihar in June, when the line will become the longest metro line in India, reaching 58.9km.

The Pink Line is the first line to link all existing lines on the Delhi metro network. The start of operations on this stretch will reduce the journey time between Dwarka Sector-21 (Blue Line) and Rithala (Red Line) by more than 16 minutes, while the Rajouri Garden - Azadpur trip will be shortened by nearly 23 minutes.

The Durgabai Deshmukh South Campus station will become a major transport hub, with a connection to the existing Airport Express Line station at Dhaula Kuan, via a 920m footbridge, which is also scheduled for inauguration in June.