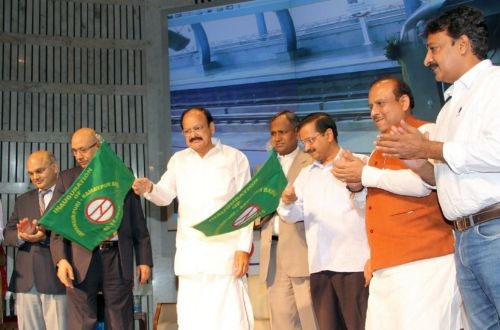 The 4.37km extension runs on viaduct for its entire length and includes three new stations at Shalimar Place, Rohini Sector 8, and Samaypur Badli. Ridership is forecast to be around 29,000 passengers per day.

With the opening of the extension, Delhi Metro Rail Corporation (DMRC) has now completed 22km of its 159km third phase expansion programme.

The first phase of the Yellow line from Vishwa Vidyalaya to Kashmere Gate opened in December 2004 and the completion of the Samaypur Badli extension takes the total length of the north-south line to 49km.