DELHI Metro Rail Corporation (DMRC) has issued an international invitation to tender for a contract to supply 25 three-car metro trains for the first phase of the Kochi Metro. 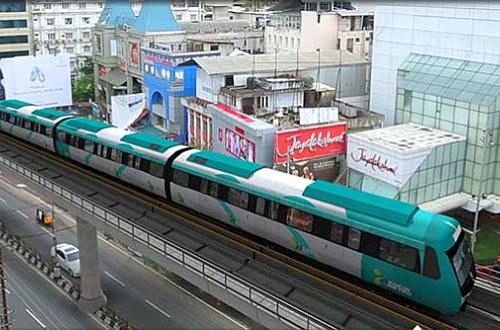 The 750V dc trains will enter service in June 2016 on the 25.6km north-south line from Aluva to Petta, which will have 22 stations and is initially expected to carry around 382,000 passengers per day.

Each 65m-long train will be formed of two driving motor vehicles and an unpowered intermediate trailer. They will accommodate up to 975 passengers, 140 of them seated, based on a maximum occupancy of eight standing passengers per square metre.

The deadline for submission of tenders to DMRC is October 3.

For the latest rail industry tenders from around the world, subscribe to Global Rail Tenders.