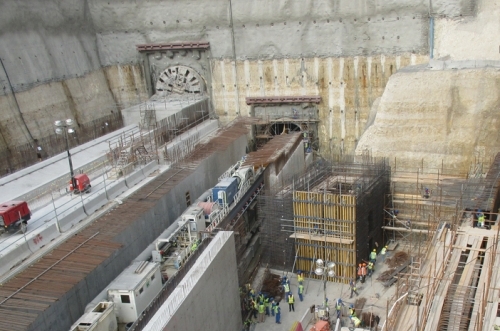 The TBMs went through four breakthroughs before reaching their final destination of Msheireb. The machines are amongst 21 used in the first phase of the Doha Metro project and 30km of the 33km of tunnels on the route have now been completed.

The two machines in the latest milestone started boring in September 2015 and have now been decommissioned. The remaining four TBMs used on the Green Line are expected to complete their work within the next few weeks.

The 22km Green Line is one of three metro routes under construction in Phase 1 of the Doha Metro, which will eventually total 75km in length. The Red, Green and Gold lines are due to open in 2019.