THE prime minister of Qatar HE Sheikh Abdullah bin Nasser bin Khalifa Al Thani visited Hamad International Airport Terminal 1 metro station on September 25 to witness the final breakthrough of TBM Msheireb on the southern section of the Red Line, which also marked the completion of tunnelling on the Doha metro project. 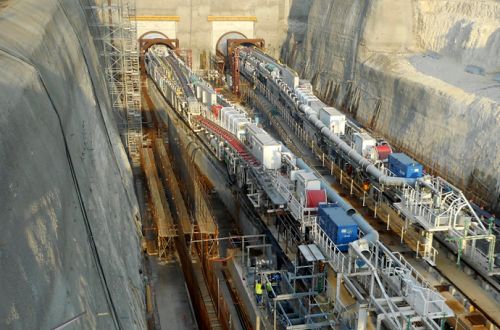 Tunnelling was completed on the Green Line in April with a breakthrough at Education City station, while the final section of tunnel on the Gold Line was holed through at Msheireb station in May.

Qatar Rail says the construction of the Doha metro is now 50% complete. In addition to the tunnels, 7.5km of viaducts have been completed and foundations have been constructed at 33 stations.

A full-size mock-up of the Kinki Sharyo metro train for Doha will be unveiled before the end of the year.