€2.4bn to be invested in Vienna S-Bahn 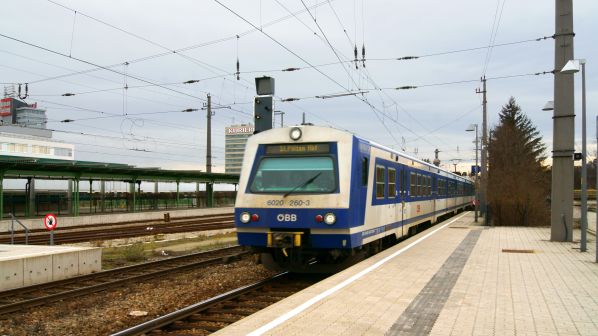 AN agreement has been reached to invest €2.4bn to improve the S-Bahn network in the Vienna area by 2034. The so-called second Vienna rail package was agreed by Austrian Federal Railways (ÖBB), the Federal Ministry for Climate Action, Environment, Energy, Mobility, Innovation and Technology (BMK) and the City of Vienna which will contribute €144m for local rail transport.

ÖBB says the centrepiece of the plan is the introduction of ETCS on the core section of the S-Bahn through the city centre between Floridsdorf and Meidling. This will enable trains to run at 2.5-minute headways when the new system becomes operational in 2027.

In addition, the Meidling - Mödling section of the S-Bahn will be expanded from two to four tracks and the last remaining single-track section of the Pottendorf line in the Meidling area will be converted to double track. Preliminary work on the track quadrupling will start in 2026 and will be completed on the Meidling - Liesing section between 2027 and 2032 and from Liesing to Mödling by 2034. A new station will also be constructed at Benyastraße between Atzgersdorf and Hetzendor.

Track doubling is also planned between Hütteldorf and Penzing, including a new Line S45 station at Baumgarten, to allow trains to run at 7.5-minute intervals. Line S80 will also be upgraded to allow a 15-minute interval service to be introduced. A second reversing track will be built at Aspern North in 2023, and the main construction work on the connecting line, which is part of the first rail infrastructure package, will start in 2024.

“We already have an exemplary modal split of 74:26 in Vienna,” says the mayor of Vienna, Mr Michael Ludwig. “This means that almost three quarters of the Viennese population use public transport, cycle or walk. And we want to significantly increase this share in the future.”