AN agreement was signed on September 23 allocating Zlotys 1.82bn ($US 470m) in European Union funding towards the construction of the two second-phase extensions of Warsaw’s east-west metro Line M2, which have a total length of 6.5km. 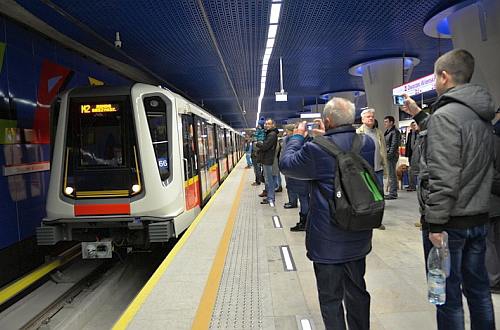 In addition to infrastructure, the funding from the EU’s 2014-20 Infrastructure and Transport Programme will be used for the acquisition of 13 additional metro trains, which will operate on both lines M1 and M2. The funds will also cover the cost of designing another station on Line M2.
The intial 6.5km section of Line M2 from Dworzec Wileński to Rondo Daszyńskiego was inaugurated in March 2015.