AN express metro is to be constructed from Beijing South station to the Chinese capital's new airport which will be built in the southern district of Daxing. The line is expected to be 37km long and with a journey time of around 30 minutes. 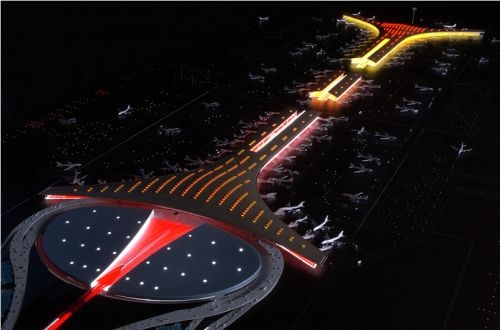 Computer rendering of the new Beijing airport at Daxing.

Construction of the Yuan 70bn ($US 11.3bn) airport is due to start next year and be completed in 2018. It will have six runways for commercial flights and a seventh for military use. The airport is forecast to carry 45 million passengers a year initially rising to 70 million by 2025 and will bring much needed relief to Beijing Capital airport which handled 82 million passengers last year and is expected to reach saturation within two years.