THE last of 22 fully-automated Metropolis trains for Sydney Metro was rolled out at Alstom’s Sricity facility in Andhra Pradesh, India, on December 6. 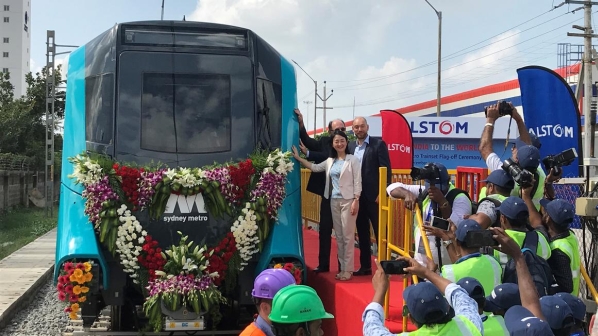 Alstom was awarded a contract in 2014 to deliver 22 six-car trains and the CBTC system for the line which is currently under construction and due to open in the first half of 2019.

In July, Alstom was awarded a 15-year contract for the maintenance of rolling stock and signalling on the 36km line, Australia’s first automated metro.

The Sricity facility, which began production in 2014, has an annual capacity of 240 cars and has delivered metro vehicles for the Indian cities of Chennai, Kochi and Lucknow. It will begin work on its second export order for the light metro project in Montreal from early 2019 while production for Mumbai Metro Line 3 will also begin next year.