Siemens will supply trains, signalling and telecoms and build a depot under a turnkey contract. 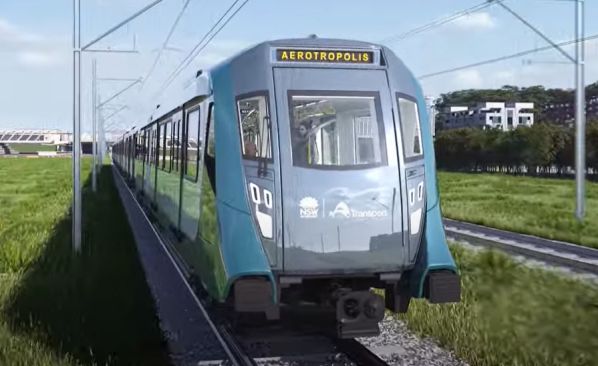 THE Parklife Metro consortium led by Plenary Group and including Siemens, Webuild and RATP Dev, has been selected to deliver the stations, systems, trains, operations and maintenance (SSTOM) contract for the joint Australian and New South Wales government project.

Under the deal, Siemens Mobility has a €900m turnkey contract to deliver 12 automated, driverless three-car metro trains, a maintenance depot at Orchard Hills, digital signalling, telecommunications and platform screen doors as well as carry out system integration, testing and commissioning.

Parklife Metro will build the six new stations on the 23km line, which will run from St Mary’s suburban rail station south via the new airport, where there will be two stations, to Aerotropolis. The consortium will also operate and maintain the Sydney Metro - Western Sydney Airport Line for 15 years after it becomes operational, together with the new airport at the end of 2026. Trains will run every five minutes with an end-to-end journey time of 20 minutes.

Siemens Mobility will implement Railigent X mobility application suite for digital services to improve the reliability and availability of the assets. Railigent X will provide an optimised maintenance regime as a result of its failure-reporting, analysis and corrective action system (Fracas) and its reliability-centred maintenance (RCM) analysis system.

Sydney Metro says the awarding of the third and final major contract coincides with another significant project milestone, with Sydney Metro - Western Sydney Airport becoming the first rail infrastructure project in Australia to being certified carbon-neutral from the start of construction through to operation. “All carbon emissions generated during construction and operation will be reduced and offset,” says the metro.

The total project cost will be around $A 11bn ($US 7.6bn), with the Australian government contributing up to $A 5.25bn to deliver the Sydney Metro - Western Sydney Airport project.

In the 2022-23 budget, the Australian government committed $A 77.5m towards the development of a Final Business Case for the extension of Sydney Metro - Western Sydney Airport from Bradfield to Glenfield via Leppington.

Tunnelling from the airport to the Aerotropolis site will commence in 2023.