The 3.5km twin tunnels will run from The Bays to Sydney city centre. 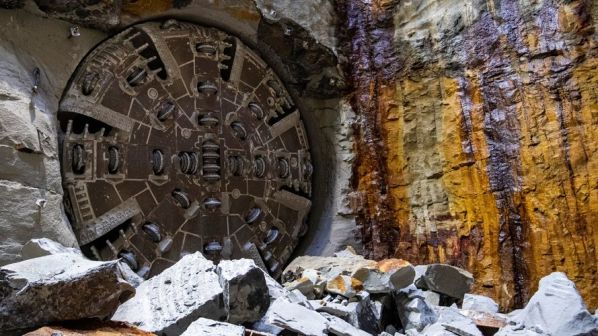 PLANNING approval has been granted for Sydney Metro to begin construction of the 3.5km twin tunnels from The Bays into the heart of the Sydney city centre, running under Johnstons Bay and Darling Harbour, and to start excavation on Pyrmont and Hunter Street stations as part of the Sydney Metro West project.

Mega tunnel boring machines (TBM) will be used to excavate the bores beneath the harbour, alongside Anzac Bridge, before heading to the new Pyrmont station, then under Darling Harbour to reach Hunter Street station.

This is the final tunnel section of the new 24km metro line that will double rail capacity between Greater Parramatta and the Sydney city centre.

Construction started on Sydney Metro West in 2020, and the project is due to be completed by 2030.

The last section of track in the 15.5km twin tunnel section of the Sydney Metro City and Southwest project was laid on August 31 by New South Wales state premier, Mr Dominic Perrottet, and minister for transport, Mr David Elliott, during a visit to Martin Place station, marking the completion of tracklaying between Chatswood and Sydenham.

Perrottet said the NSW government was now one step closer to delivering another ground-breaking transport project that will better connect Sydney.

Elliott said the new line would have a target capacity of 40,000 passengers an hour, similar to other metro systems worldwide.

Progress at Martin Place in recent months has seen all platform screen doors installed. A new 65m-long pedestrian tunnel is also complete, which will provide all-weather access to transport connections around the station and also link directly to Hunter Street and to the future Sydney Metro Hunter Street station.

The new Sydney Metro City and Southwest Line will be connected with the existing Metro North West Line later this year, with testing due to begin along the new alignment in 2023 ahead of passenger services starting in 2024.