THE Columbian government and the municipal government in Bogota say they are exploring several possible options for funding the capital's first metro line, which is now expected to cost around $US 7.5bn, more than double the $US 3.6bn pricetag initially mooted. 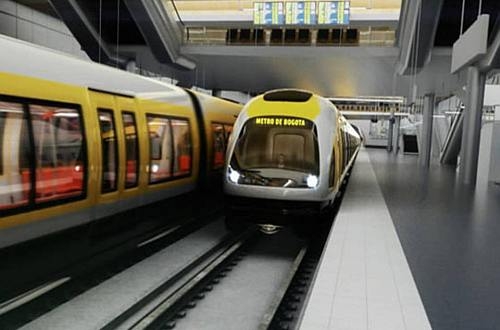 According to Bogota's mayor Mr Gustavo Petro, project costs are to be divided into three parts: $US 3.6bn for tunnels and infrastructure, $US 2.5bn for stations and $1.35 billion for rolling stock.

The municipal government will contribute $US 1.25bn, and the Colombian government is expected to provide $US 3.5bn, with the remaining $US 1.4bn financed through fares revenues.

Earlier this year the city announced it would include an additional 4km section of the line from Portal Americas to Bosa in the initial phase, taking the total length of the line to 26.5km with 27 stations.

Despite the increase in costs and changes to the specification, a construction tender is due to be issued in the first quarter of next year, with work scheduled to start by the end of 2015. Commercial services are expected to begin no later than 2021 and the line will have a design capacity of 80,000 passengers per hour.

Initially the line was due to open in 2016, but the project was heavily delayed by a government corruption scandal.