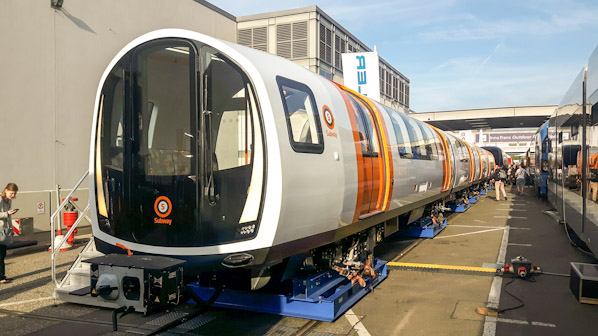 In March 2016 SPT awarded a joint venture of Stadler Bussnang and Ansaldo STS a £203.2m contract to modernise electrical and mechanical systems on the Subway. Ansaldo STS’ share of the contract is worth £104.3m and encompasses CBTC and automation technology, communications systems, a new operational control centre, platform screen doors and depot test track, as well as system integration, acceptance and maintenance support services. Stadler is supplying a new fleet of 17 four-car trains, which will be equipped for Unattended Train Operation (UTO).
The new four-car trains will accommodate 118 seated passengers including 12 on tip-up seats and 204 standees (at 6 p/m2) and will also accommodate wheelchairs, a first for the Subway. At 39.25m, the new train is 1.51m longer than the current three-car trains. 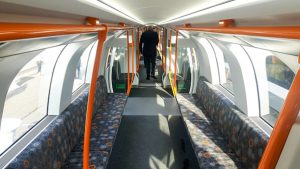 The 1219mm-gauge 600V dc third rail train is designed to run within the restrictive loading gauge of the 10.5km line, which has a minimum tunnel diameter of just 3.35m.
A detailed description of the Subway modernisation programme will appear in the October issue of IRJ.