THE first of 28 six-car trains for the initial phase of the metro network in Fuzhou, the capital of China's Fujian province was ceremonially rolled out of the CNR Tangshan Railway Vehicle plant in nearby Quanzhou on April 18. 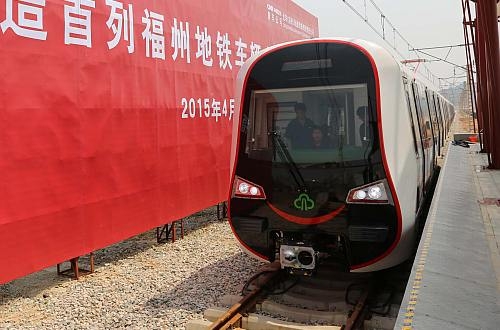 The 80km/h aluminium-bodied Type B metro train for Line 1 will accommodate up to 1460 passengers, 256 of them seated.

The initial 24.9km 21-station phase of Line 1 will link Xiufeng Road in the north of the city to Fuzhou South mainline station via Hualin Road and Zexu Avenue.

Public services are due to start in October in time for China's 2015 National Youth Games, which will be held in Fuzhou. The line was initially scheduled for completion last year, but construction was delayed by archaeological excavations.

A nine-line network is ultimately envisaged.