THE first of 24 four-car trains being supplied by Hitachi Rail Italy to Metro-Dade County entered service on the two-line Metrorail network in Miami on November 30. 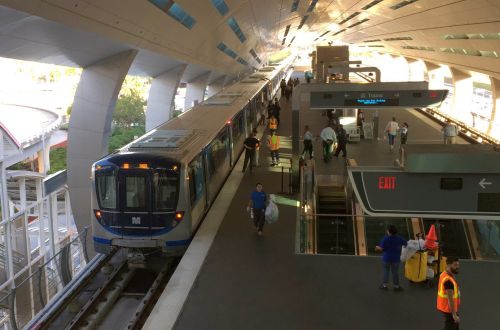 The $US 313.8m order for 136 cars is being funded through the transport surtax funds from Metro-Dade County’s voter-approved People’s Transportation Plan.

The new trains, which will replace the original fleet which dates from 1984, feature:
• automated passenger announcements
• digital signs displaying the name of the next station
• four digital information monitors in each car
• Wi-Fi allowing up to 252 passengers to surf the internet
• bicycle racks
• CCTV, and
• LED lighting.

Half the trains needed to operate peak-hour services are expected to be in service by July 2018, with all peak services operated by the new fleet by February 2019, and the full fleet in operation by November 2019. The vehicles are being assembled at Hitachi's plant in Medley, Florida.