HYUNDAI ROTEM, Korea has rolled out the first of eight two-car trains for Jakarta’s first light metro line which is set to open in August in time for the 2018 Asian Games. 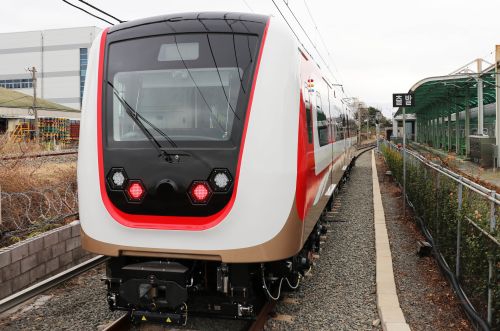 The first light metro train for the Jakarta LRT project.

Hyundai Rotem was awarded a $US 33m contract by Jakpro in February 2017 to supply the trains, delivery of which is expected to be completed in October.

The trains have aluminium car bodies to reduce weight and power consumption. Woojin Industrial Systems, Korea, assisted in the production of the trains to help reduce the delivery time.

The trains will initially operate on the 5.8km phase one of the line, which will have five stations, linking the Athlete’s Village to the stadium. The line will eventually be extended to 42km to connect the eastern part of Jakarta with the city centre.

A 15.7km north-south heavy metro line is also under construction in the Indonesian capital from Bundaran Hi in central Jakarta to Lebak Bulus in the south of the city. The first of 16 metro trains being built by Nippon Sharyo and Sumitomo Corporation was completed at the beginning of March.

For more detailed data on metro projects and fleet orders in Asia, subscribe to IRJ Pro.