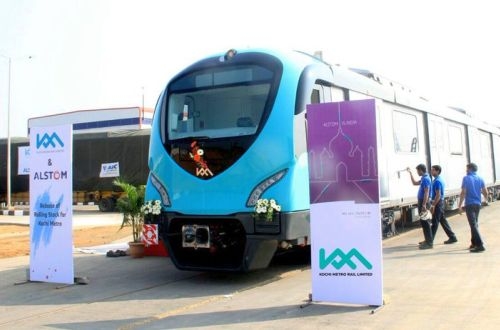 The 2.9m-wide 65m-long air-conditioned trains will accommodate up to 975 passengers, 140 of them seated. All 75 vehicles will be assembled at Sri City.

The 750V dc third-rail trains will be used on the 25.6km 22-station north-south line from Aluva to Pettna, which is due to be commissioned in June.

In addition to rolling stock, Alstom is supplying signalling, telecommunications, and electrification equipment for the project under a contract awarded last January.