THE first phase of the 4.7km eastern extension of Seoul Line 5 has opened, connecting Hanam in Gyeonggi Province to the metro network for the first time. 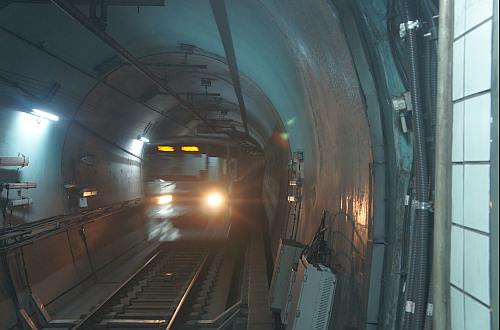 Dubbed the Hanam Line, the extension is due to open in two phases with the first phase inaugurated on August 7 before operation began the following day.

The line was built by Gyeonggi province and is the first regional rail project led and built by a provincial authority. Extensions of Seoul Metro lines in other regions are generally led by the Ministry of Land, Infrastructure and Transport.

The first phase was originally scheduled to open in June but this was delayed due to disruption to driver training caused by the Covid-19 pandemic.

The line was used by Hyundai Rotem and Seoul Metro to successfully demonstrate an integrated onboard signalling device, which supports multiple signalling systems, eliminating the need to install additional equipment as lines are upgraded to radio-based systems, improving rolling stock interoperability.

A total of five stations are planned for the new route with two stations, Misa and Hanam Pungsan, opening initially while the remaining three stations are expected to open in December. One of the stations, Gangil Station, is still within Seoul’s city limits.

While the line finally connects Hanam - a fast-developing city on the outskirts of Seoul - to the extensive metro network, trains in the area will not run as frequently as the section with the Seoul city limits, with 10 minute headways during peak periods and 12-24 minute headways off-peak.