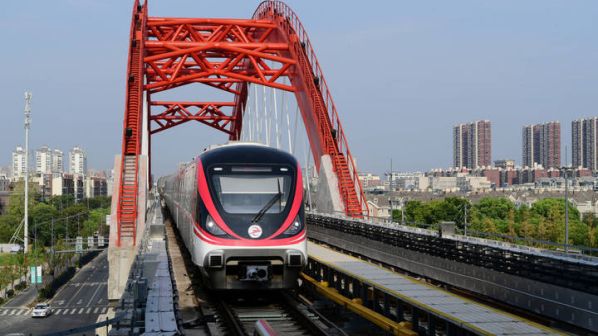 The line has 16 stations and is the first of two lines under construction in the city, which will eventually form a T-shaped network.

The trial period will last for at least a year, after which the operator can apply to become the formal operator of the new route.

The Jinyi section runs 58.4km from Jinhua railway station to Qin Tang with 17 stations, while the 48.4km Yidong section will run from Yiwu high-speed station via Qin Tang to Mingqing Palace with 15 stations. The full project is estimated to cost Yuan 34.6bn ($US 5bn).

The Jinyi Line has been designed for a maximum speed of 120km/h. with services operating between 06.00 and 21.55 with a 10-minute headway. The line has an end-to-end journey time of 55 minutes for stopping services and 31 minutes for express services, which will only stop at six stations.