THE first train for the inaugural metro line in the Chinese city of Urumqi was unveiled at CRRC Corporation’s plant in Zhuzhou on November 1. 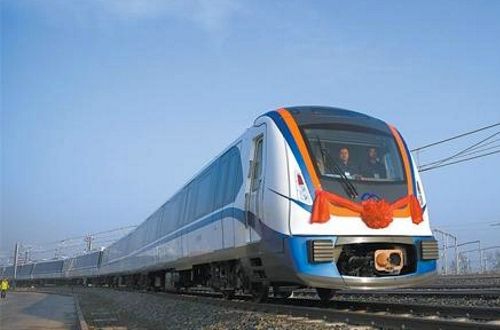 Urumqi Urban Rail Group awarded CRRC Zhuzhou Electric Locomotive a contract in 2015 to supply 27 six-car trains for the 27.6km Line 1, which will link Urumqi Diwopu International Airport to the north of the city with Santunbei in the south. Line 1 is due to open in 2019, while the 19km Line 2 is due to be completed in 2020.

Plans for the second phase of the network were approved by China’s National Reform and Development Commission last month.