THE first metro train for the Chinese city of Xiamen was unveiled at a ceremony at CRRC’s Tangshan plant on October 22. 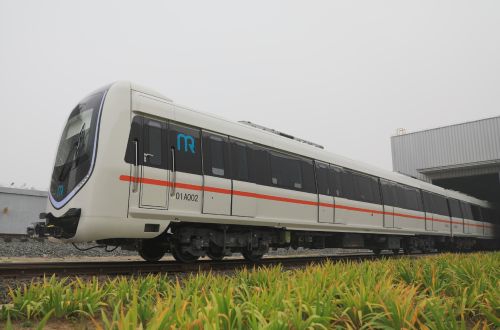 According to CRRC, the six-car aluminium-bodied type B train for Line 1 was designed and built in less than a year, a record for a domestic metro order.

Construction began on the initial phase of Line 1 in November 2012 and the 30.3km 24-station line will open next year.

Earlier this month China’s National Development and Reform Commission approved the second phase of the Xiamen metro, which will expand the network to 267km with 139 stations by 2020.