ATHENS metro operator Attiko Metro announced on August 10 that four consortia have expressed an interest in bidding for a contract to build and equip the initial 13km section of Line 4. 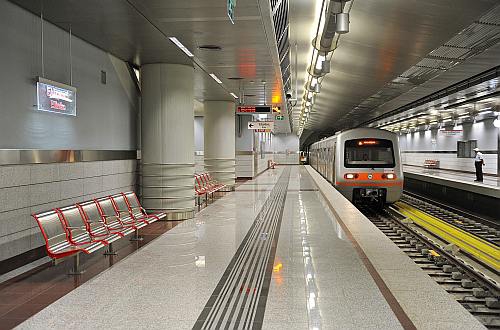 A shortlist of potential contractors will be announced by the end of the year and construction is expected to begin in 2019.

Line 4 Section A will connect Alsos Veikou with Goudi serving 14 new stations, including interchanges with existing metro lines at Panepistimio/Akademia and Evangelismos.

Services will be operated by a new fleet of 18 750V dc trains and the line will be equipped with CBTC.