AMSTERDAM’s North-South Line moved a step closer to opening on April 6 with the first full-speed test run on the 9.8km metro line, which will connect Amsterdam North, Central Station and the city’s historic centre and with the business district in the south of the capital 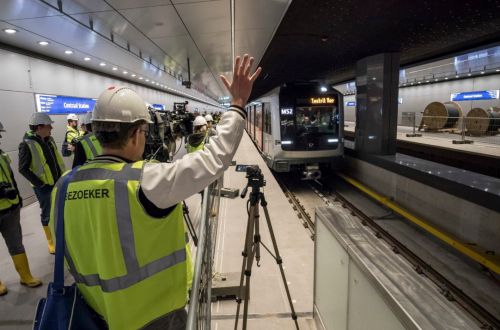 The main objective of the test runs was to validate the operation of the signalling and train protection system, which was supplied by Alstom. The train ran along the full length of the line, reaching speeds of up to 70km/h.

The current test phase will continue until early summer, and this will be followed by a period of integral system testing before the line opens on July 22 2018.

Construction began in 2002 and the line was originally due to open in March 2011. However, the construction of the tunnels in the difficult ground conditions beneath Amsterdam's historic city centre was plagued with problems, including subsidence, which damaged several buildings.