$C 26.8bn to be invested in four shovel-ready metro and light projects in Toronto. 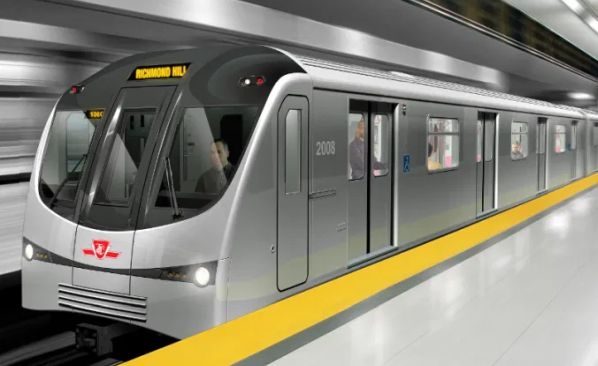 Artist's impression of a metro train on the Yonge North extension to Richmond Hill.

THE Canadian and Ontario governments and the City of Toronto have reached an agreement to invest $26.8bn ($US 22.1bn) in four shovel-ready public transit projects in the Greater Toronto Area (GTA), prioritised by the province, the City of Toronto and York Region.

The agreement was announced on May 11 by several politicians including Ms Catherine McKenna, federal minister of infrastructure and communities, Ms Caroline Mulroney, Ontario’s minister of transportation, and Mr John Tory, mayor of Toronto, following lengthy negotiations.

The federal government is contributing 40% of the funding for each project, up to a total of $C 10.4bn. However, federal funding for the Yonge North extension is conditional on Treasury Board approval.