THE Chinese city of Fuzhou celebrated the opening of a 15.1km northern extension of Line 1 between previous terminus Sanchajie and Xiangfeng on January 6. 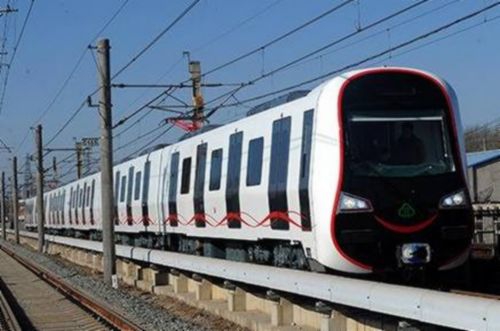 The second phase of the city’s inaugural metro line follows the initial section of the line from Xiayangchun to Sanchajie, which began trial operation in May. Line 1 now runs for 24.9km serving 21 stations, operating from 06.30 until 22.30 seven days a week.

Construction on the line began in April 2011 and the stations have been designed to reflect Fuzhou’s 2200-year culture and history with walls featuring carvings or murals of famous locations such as the Hualin Temple. The line’s 28 Type B metro trains supplied by CRRC Tangshan also feature local cultural elements in their design. The trains accommodate up to 1460 passengers, 256 of them seated.

A second east-west line between Yangli and Suyang which will intersect with Nanmendou station is currently under construction.

In December 2015, the National Development and Reform Commission, China's top economic planning authority, approved a construction plan for the Yuan 65.4bn ($US 9.9bn) second phase of the metro, which will extend the system to 147.5km by 2021.